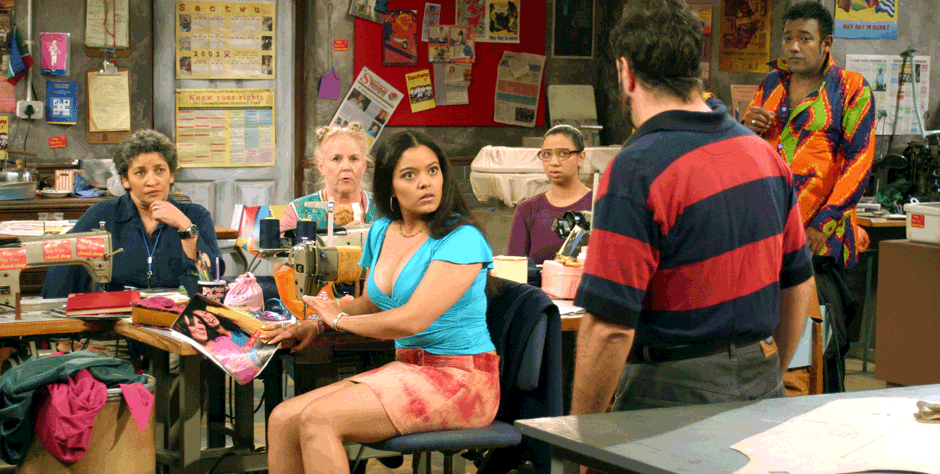 Super sitcom FISHY FêSHUNS returns for 3rd season on SABC2
THE third series of FISHY FêSHUNS – about the goings on between workers and their boss in a clothing factory – returns to SABC2 from end September, on Fridays at 18h30.

Fisher’s over-demanding wife Bernice, also pops in and out of the factory – usually to check up on Harold and the girls – and her presence always provokes comic conflict.

Debuting in 1999, FISHY FêSHUNS has proved an enduringly successful sitcom, with strong plot lines, hilarious characterization, physical humour and great gags and was re-commissioned by the SABC due to public demand.
The situation comedy arises from Fisher having to operate with his rather motley workforce (who are always trying to dupe him in some way) to meet serious deadlines, satisfy client’s needs and try and stay on top of his ever-increasing debt, ballooned by Bernice, who spends her time shopping and at the beauty salon.

All the situations play out on the factory floor and in Fisher’s office and in each episode FISHY FêSHUNS features a new clothing line that needs completion within a deadline.