The film, written by Kaye Ann Williams and Margaret Goldsmid, was created by a dynamic team of women, with acclaimed filmmaker Roberta Durrant as director and producer. Roberta is the creator of various award-winning South African television series and sitcoms, as well as the children’s film, Felix, which won seventeen international film awards.

KROTOA is inspired by real-life historical events. The scriptwriter tried to stay true to facts and deductions made about her life, having first made a documentary about KROTOA’s life with the help of various historians and cultural advisors like Dr. Yvette Abrahams, Prof Jatti Bredenkamp, Dr. Vertrees Malherbe and Ron Martin. The narrative feature film script is inspired by historical facts and deductions made about her life. Bradley van Sitters and Dorothea Davids advised in terms of the Khoisan language, Khoekhoegowab, which is one of the languages spoken in the film along with Afrikaans. “KROTOA’s story was created by a crew of dynamic women. It was imperative that her story not only be told by creatives from the community, but also from a female perspective. This feature film is the culmination of three years of research, scripting and, most importantly, actively engaging with top historians on the subject. Because of the importance of the story the film enjoyed the support and endorsement of The National Film and Video Foundation (NFVF), in association with M-Net and the Department of Trade and Industry (DTI). Every effort was made to honour this heroin’s life and memory,” says Kaye Ann Williams, who created the script for the film as a result of a documentary she produced and directed on KROTOA’s life.

“In comparison to men, very few women have been acknowledged for having an impact on South African history. KROTOA (Eva) is the tragic heroin of this movie. It is not only important to tell her story because of all her great achievements, but it is also necessary to highlight that she was caught between two ways of life and constantly forced to choose between these two cultures. Identity, a sense of belonging and reconciliation are strong, universal themes in this powerful tale. Especially because the identity of someone, who is in between two cultures, is very relevant in any multicultural society,” Durrant adds.

KROTOA is a striking tale about a woman, who was prepared to sacrifice everything, to give birth to the great nation we all share today. It not only has a powerful message, which anyone can relate to, but also promises to take moviegoers on an epic adventure back in time. 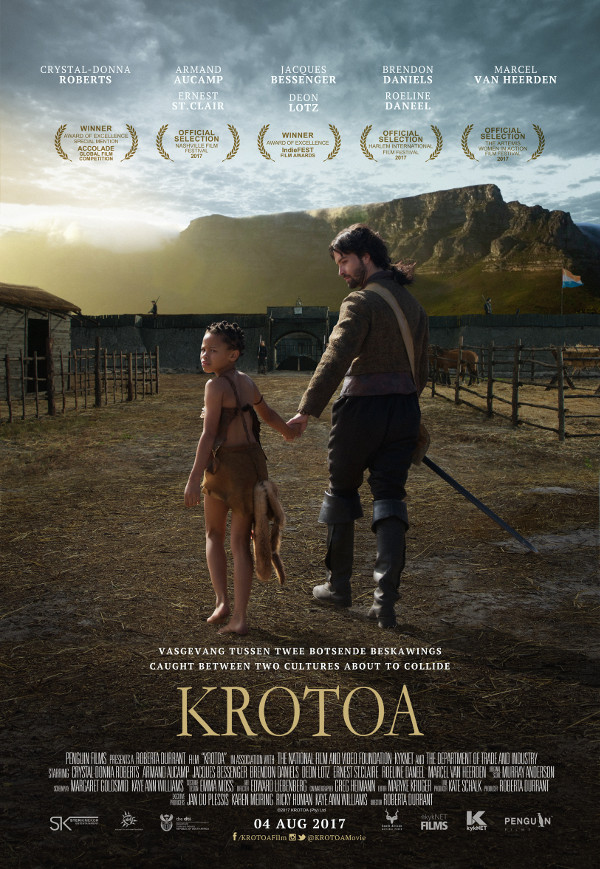